When I was younger, I was (and still am) a fan of horror films and fiction.  One reoccurring theme that periodically arose while reading and watching the horror genre was the notion that somewhere was a powerful and macabre book of demonic spells called the Necronomicon.

Not until adulthood did I learn of its fictional basis.  In 1924 the renown writer, H.P. Lovecraft wrote a short story called The Hound, in which the Necronomicon was first mentioned.  It became a recurring theme in some of Lovecraft’s subsequent novels thereafter.  Countless horror writers and filmmakers have capitalized and expanded on the thought of a book that could unleash unspeakable horrors.

If you are disheartened by this news, worry not.  For lucky for us in the non-fictional realm there are books that are as strange and intriguing, if not as powerful for their conjuration of unearthly cosmic horrors. Although these books are bizarre and will never be considered literature in the traditional sense, they are simultaneously fascinating and hold a beauty that will spellbind you without any magic other than the enchantment of human creativity.

“…published in 1981, is an illustrated encyclopedia of an imaginary world, created by the Italian artist, architect, and industrial designer Luigi Serafini…” (source: Wikipedia) 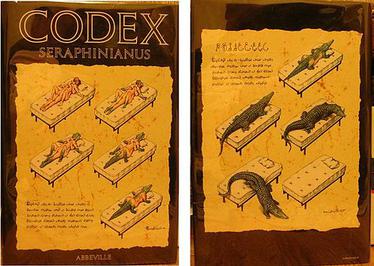 By Source, Fair use, Link

The book is an index in an intentionally unreadable text with abundant hand-drawn, colored-pencil pictures of uncanny, uncommon and outlandish plants, animals, grotesquely formed anatomies, styles, and foods.  While the text is unreadable, it is not due to sloppiness or lack of dedication to writing, it is constructed from a delicately crafted fictional alphabet.

Lovingly referred to as “The Devil’s Bible,” the Codex Gigas is an intimidating manuscript.  The sheer size of the book is befitting of its ornately hand-written and illustrated contents.  This 12th century work is the largest existing medieval manuscript in the world. 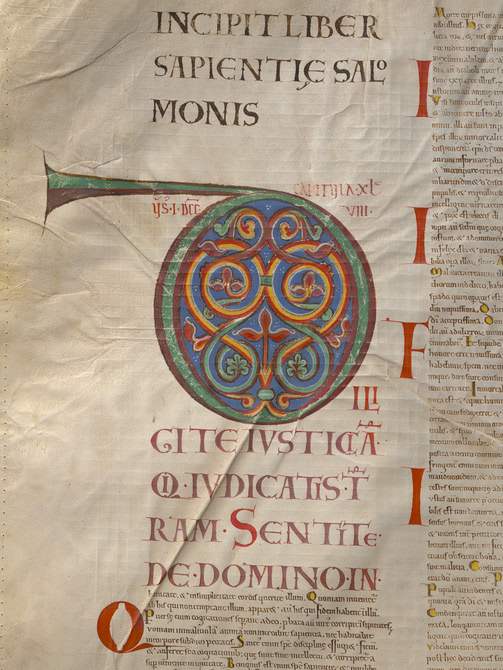 By Herman the Recluse (Medieval scribe) – Own work, CC0, Link

One thought on “CODICES: Two of the Strangest Books You Probably Didn’t Know Existed.”